David Brent is back

It's been a decade since we heard from him but David Brent decided to give us an insight into his life under the auspices of Comic Relief.

This time, he's trying to pass himself a popstar and is trying to upstage his young protegé Dom Johnson and records a tune with him.  The best line in the episode has to be "So can you lot all rap, like, can Trevor McDonald rap if he had to?" 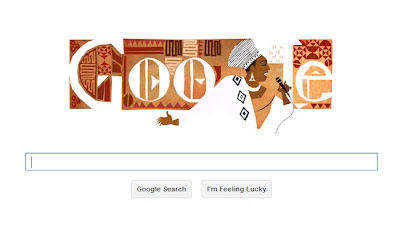 This is one of the greatest day to be a South African.  Today would have been Miriam Makeba's 81st birthday and Google is honouring her with a doodle on their homepage, the first South African to receive such a feat.

Here's one of her most popular hits, Pata Pata.

Oprah is a comic genius

You have to give it to Oprah.  She overcame what sounds like a less than ideal childhood to become one of the wealthiest women in the world - presiding over a multi-billion dollar operation for a quarter of a century - with no discernible talent or skill.

Housewives of American (and later the world) could not get enough of her.  Hollywood stars loved her, or the audience she used to command.  Those were the good old days when only three channels were still competing for eyeballs.  But when cable and the internet ate into her gigantic audience she knew it was time to go.  She could have retired gracefully five years ago when her contract came to and end but I guess the

How not to deliver a podcast

One of the perils of a living in a democratic country, whatever that means, is that you elected representatives report to you on the progress in executing their duties and any major decisions they might have made.  So when Barack Obama secured his fiscal cliff deal a few weeks ago he used his weekly address to explain its

Advice for wannabe musos by a man who doesn't care

Advice can be loosely described as an opinion on what can or should be done.  You'd be surprised to learn that I wasn't around during cavemen days but I'd imagine advice was something you gave to your offspring when you deemed it necessary, solicited or not.

But now that we're civilised and hand our kids to other people to educate and prepare for adult life, advice has become something of an industry.  There's no end of self-help books covering the everything from personal finance to how to breastfeed (I kid you not).  A lot of people make a lot of