I'm back when Zuma is out: Malema 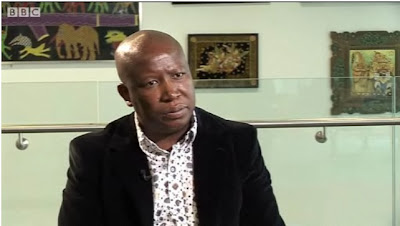 I'm back when Zuma is out: Malema: Former ANCYL president Julius Malema says his expulsion from the ANC will be automatically overturned when President Jacob Zuma is voted out of office in December, it has been reported.

He told the BBC World Service that he was in Britain to assure the business people "behind closed doors" that nationalisation merely means greater control by the state of vital industries like agriculture and mining sectors.

I say he's just in London to watch the Olympics but then again I don't know anything.
Posted by B at 14:47