Man refuses to be a prop at a cake eating function, gets sued 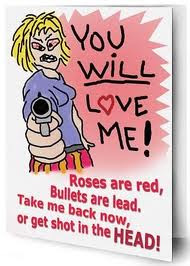 News24 reports that a man has been taken to court for breaking off engagement.  It's reported that the woman he was due to marry is keen to claw back money she has spent organising her big day as well as "monies he never paid while they were living together even though he had promised to do so", which sounds like rent to me.  She's also seeking compensation for what is termed to be "wounding her pride, humiliating her and decreasing her chances to marry someone else in the time she has been with him".

I've always maintained on my show (within Ofcom regulations) that for a lot of women marriage is really about wearing a nice dress like a princess, taking nice pictures, eat a cake, have a party and go on holiday.  That's it.  Nothing to do with the health of the relationship they're in, the guy might as well be a prop that should be ready for the ceremony and that's that.  Obviously we don't know the details of this relationship so we won't go into it but it seems money was the root cause.

And if the relationship has failed before it even takes off, what's the point of getting married?  Traditionalists are would be lining up to throw their usual line that "if they hadn't lived together before getting engaged none of this would have happened", which actually militates against marriage.  It actually means that marriage is something you throw yourself into with your eyes closed and pray to whatever sky daddy you pray to that you make it through and you shouldn't be able to get out of it once in without some sort of pain.  They're angry at the guy for realising that despite all the societal pressures to "do the right thing" he's better off without this woman.

Maybe it's time to move with the times because marriage is no longer what it used to be with almost half of them ending in a divorce (when you consider traditional ones that will never registered at the Department of Home Affairs).  Not everyone will/should get married or have kids and those who choose not to or are not or just don't meet their mate should not be looked down upon (men and women).
Posted by B at 21:48