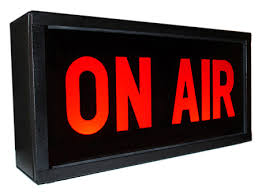 The Show has been off the air for a few months and I think I'm ready to do it again, this time to a potentially larger audience, online.  I knew I wanted to continue doing it but I wasn't sure in what form but I think I've worked out how it should be done from now on and will outline my plan below.

Radio seems quite content with playing Lady Gaga on the loop and to hell with creating new content.  But this represents new opportunities.  The internet has become very affordable and anyone who doesn't take advantage of everything it has to offer - from cheap voice calls to cheap air fares - is losing a lot of money.  Maybe it's served it's purpose this is just it's natural evolution and online is the new place to be.  The same
happened to music, 20 years ago people went to a record shop to buy cassettes and CD and now we download music into our computers.  There used to be 3 terrestrial TV channels and now there are hundreds on satellite and cable TV and even they have to supplement their income by making some if not all of their content available online.  If they don't people will find it online anyway and they'll get none of that audience and lose money as a result.

It's mystifying to think that radio thinks it can get away with what they used to do 20 years ago and pretend as if the internet does not exist.  There are a few people who have migrated from radio to the internet, against their wishes, but they've brought the old habits with them.  They seem to overlook a lot of advantages that the internet provides, like the time shifting advantage as well as the ability to cultivate a community of like minded people, but seem to target a mass audience.  I think this is a bit ambitious as a lot of people don't associate an internet connected device to listening to audio or watching anything other than cats.  I do, however, think that this will change in the next 5 years or so.

Back to the show.  The BM Show Weekend will go out on this website and a hangout at 5PM CAT on Sunday withe the podacast going out immediately thereafter.  But here's the twist:  the two most popular features of the show will break out and be their own shows.  The covers feature, which used to be a 15 minutes feature on the old show, will now become The BM Show Covers and comes out as a podcast every Tuesday.  This is the show where we showcase unsigned acts from around the world covering some of our favourite tunes, old and new.

The other feature that will break out is the Q and A feature where I used to answer any questions sent in to the show.  It will begin it's new life as The BM Show Q and A and comes out on Thursday as a podcast.  This is the feature that got us kicked off terrestrial radio in the first place.

The great thing about being online is that the show stays online for the rest of our lives and as long as we're still doing the show any topic that has ever been covered can be revived at anytime even if it's 2020.  So get involved in the show on Facebook and Twitter or e-mail the show.
Posted by Unknown at 00:34